Home / All Roads Lead Back to Eltham 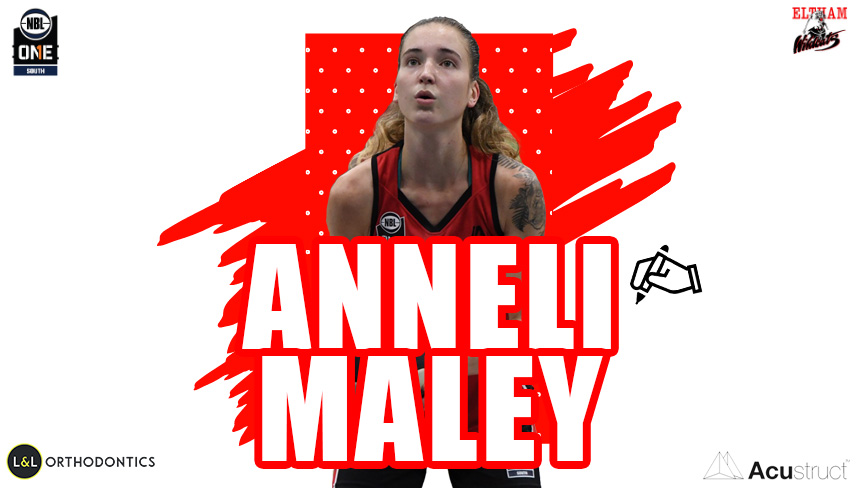 All Roads Lead Back to Eltham

2020 was the year that Anneli Maley was to return to her home court – Eltham. Whilst 2020 was 2020, fast forward 12 months and Maley’s return is potentially now one that she is even more prepared for and one that the Eltham Wildcat supporter base can be even more excited about!

Maley started her basketball in the club’s beginner programs, showing early signs of potential in the talent laden Eastern Districts Junior Basketball Association (EDJBA) at a young age playing for the Eltham Wildcats. Growing up in a passionate basketball family, it was natural that Anneli would move into Eltham’s Junior Championship program, playing with a group of players that grew and developed together from the domestic program.

Despite her team qualifying for the U14 Club Championships, it wasn’t until the next year, where things started to come together, when as a bottom-age player, she was arguably the ‘surprise’ selection to the U16 Vic Metro team. It was this opportunity she grabbed with two hands, literally, it was where her recognition as one of the nation’s best rebounders began. It was the beginning of her dominance at national junior championships for Vic Metro.

Anneli’s junior career saw her represent Australian junior teams, selected to attend the AIS, before attending Oregon University. However, Anneli needed time away from the game, she took the time she needed and then gradually re-introduced herself slowly but surely. Initially the beneficiary was Diamond Valley, as Anneli started to get back to her best, awarded the 2019 NBL1 Youth Player of the Year, which saw her contracted to the Southside Flyers for the WNBL season. Whilst 2020 was washed away, Anneli moved to Sydney, where she went to work under fellow Wildcat Katrina Hibbert with the Sydney Uni Flames. Despite her playing position, Maley led the WNBL for the 2020 season for rebounds per game, a testament to her work rate. But ‘Frog’ helped add some consistency to Maley’s offensive game.

With the NBL1 South season just around the corner, Head Coach Grant Spencer couldn’t be more thrilled to see Anneli back at Eltham “From the moment 2020 was cancelled, she just kept asking how she could help the kids get through it, but also had eyes to the 2021 season. We’ve had a lot of kids training with us and Anneli knows they look to her, they follow her lead and her conduct and temperament around them is exactly what we’ve wanted, as have all of the key NBL1 players.”

Secure your seats to all Eltham Wildcat NBL1 2021 home games including the season opener against the Ringwood Hawks on the 17th April with a season membership now available at https://elthamwildcats.com.au/nbl1memberships/

Eltham is a Foundation member of the NBL1, awarded a license in late 2018. NBL1 is the highest level sporting program available in Melbourne’s north-east for men and women. This program helps confirm basketball as the leading sport in the region both at junior and senior levels. With what is now a clearly defined pathway for members to progress from introductory through to the elite; members can pursue their dreams whilst wearing the famous red and black of the Eltham Wildcats Basketball Club.