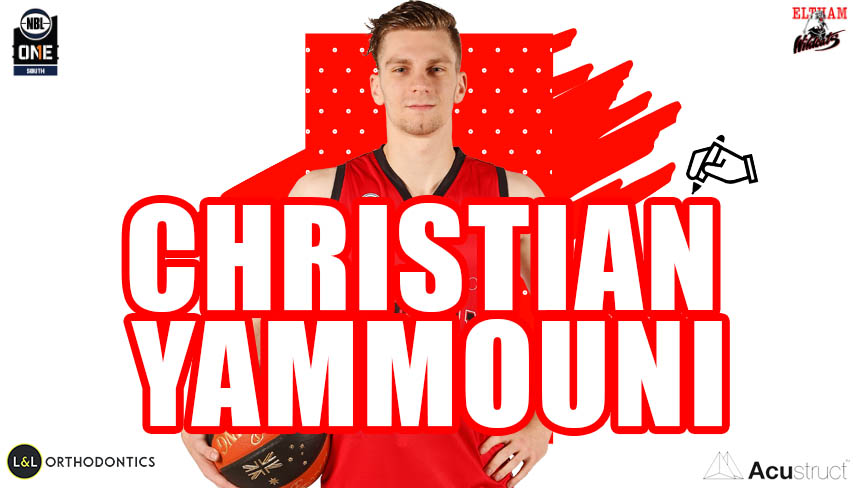 It is easy to preach ‘Pathways and Opportunities’ but it’s another thing to live by it. Securing a license to NBL1 in late 2018, was about securing that pathway for players of Melbourne’s north-east. It was to provide boys and girls the aspiration of playing in the ‘Eltham Red’ from beginners as a 3 year old to the highest available level -NBL1, in the same red singlet, on the same court.

With that, the first male announcement of the 2021 NBL1 season for the Eltham Wildcats is Christian Yammouni. The 24yo has spent 20 years around the Eltham High School courts, not just as a graduate of the school, but having started in ‘Wildcat Cub Squad’ on the outdoor courts at the school as a 4 year old.

His father John recalls the story “… he’d ask us every week as he pointed at the stadium as to when he’d be allowed to play real basketball.” Sure enough, Christian would get to know real basketball quite well as he dominated the EDJBA floorboards as a junior player. Whilst he was never identified for high performance teams or programs, he continued to work on his game and improve through VJBL, eventually guiding his U18 VC team to the Championship game, falling short in the final.

At the time of junior graduation, the Eltham Youth team required a rebuild. Partnering with Julian Lipinski, Sam Whelan and a team of hard workers, Christian led the team from cellar-dwellars to the highly respected force that the team is today. His growth at this level was rewarded by his peers with selection as the Victorian Youth Championship MVP award for 2019. After having had a taste of NBL1 in 2019; the time to move into NBL1 permanently for the club was right. Christian in action against the Bandits in 2019

The Eltham Wildcats have hundreds of younger versions of Christian Yammouni that today themselves are the young child, waiting for their chance to play ‘real basketball’ and take the journey that Christian has made, representing the Wildcats across the levels. This is what the NBL1 is to the Wildcats, the completion of the pathway for players, coaches and officials alike.

Eltham applied in October 2018 to be a Foundation member of the NBL1 and was awarded a license by Basketball Victoria. NBL1 at Eltham is the highest level sporting program in Melbourne’s north-east available for men and women. This program helps confirm basketball as the leading sport in the region both at junior and senior levels. With what is now a clearly defined pathway for members to progress from introductory through to the elite; members can pursue their dreams whilst wearing the famous red and black singlet of the Eltham Wildcats Basketball Club.

You can see Christian and our NBL1 teams in action over the coming weeks with a number of practice games scheduled ahead of the 2021 NBL1 season. We will announce the practice game schedule in the coming days.