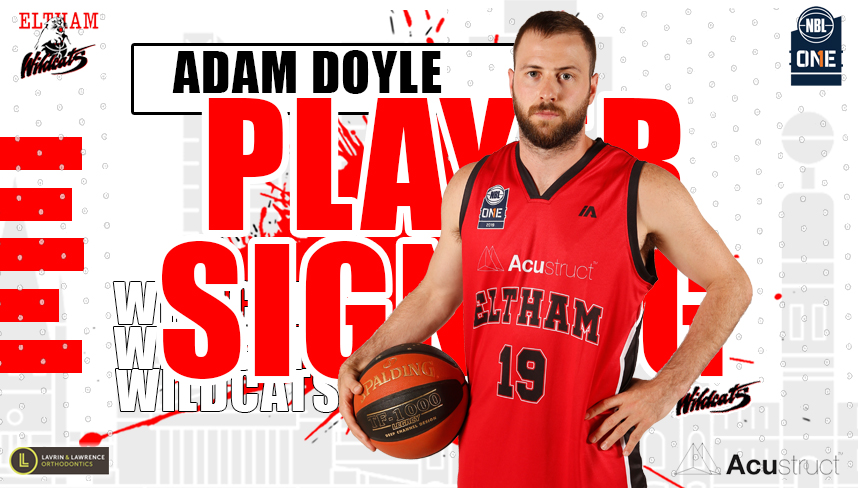 The Eltham Wildcats are thrilled to announce the re-signing of Point Guard Adam Doyle for the 2020 NBL1 season.

Averaging 19.5ppg & 4.8apg in the inaugural NBL1 season, Doyle was named into the NBL1 All-Star team that competed at the NBL Blitz in Tasmania where he led the All-Stars in assists, steals and was third in scoring.

Doyle was an instrumental leader both on and off the court in 2019 and was a priority signing for Coach Trev Lee.

“He [Doyle] is a true professional, his worth ethic and understanding of the game is remarkable. His ability to control the game and run our group will be instrumental in 2020 and we can’t wait to see him back out there in the red and black,” Lee said.

The South Australian represents the culture of the Eltham Wildcats and is highly involved off the court and in our local community. The passion to develop and inspire our junior players has made him a calling card within the Club according to CEO Greg Jeffers.

“Adam spends considerable time developing our junior players through individuals, holiday camps and clinics. His journey adopts the ethos of pathways & opportunities and to have an NBL calibre player spread his knowledge an understanding of the game with players in the north-east of Melbourne playing in the Eastern Districts Junior Basketball Association (EDJBA) is exciting”, said Jeffers.

After a successful first season in the red and black Doyle returns with a hunger for more.

“Excited to be back playing for Eltham working with Trev and the exciting team we are putting together. My goal is to help Eltham get to the playoffs. I also am looking forward to getting into the community more and helping out Eltham juniors improving on their game,” he said.