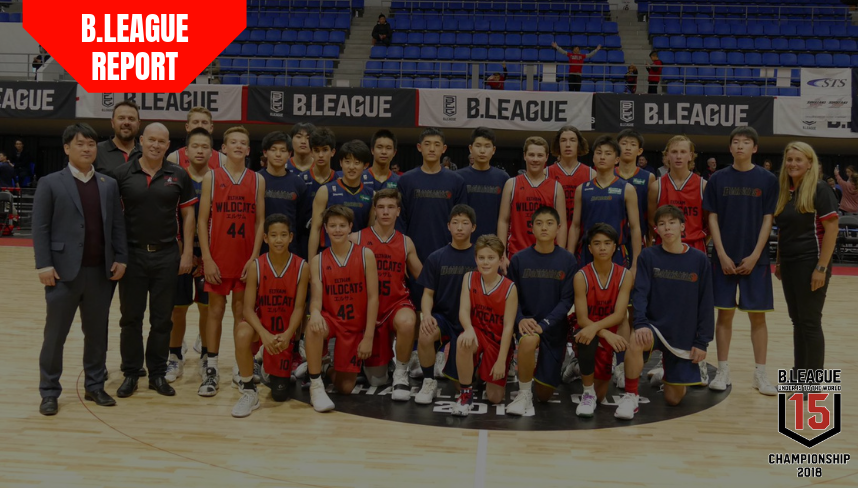 With everybody having landed in Japan it was exciting to board the bus as a full team and make our way to our first game of the tournament. The team entered the Arene Tachikawa Tachihi with plenty of nervous energy, big smiles, our JBL ambassador and an English interpretor (never had one of these before!!) The stadium has a capacity of 5000 people and is the home of the Tokyo Alvark who were the professional league champions last year.

From the tip off we quickly found out that the physicality and pace of the international style of play was going to be our biggest challenge. We were jumped early in the first quarter and went into the quarter time down 21 to 6. In the second Kristian Ferronato started to get our scoreboard ticking over with some aggressive drives to the ring and finishes through contact, which started to create some space on the perimeter where both Jed Wallace and Isaiah Stratford were able to knock down a couple of nice 3’s to keep us in touch at half time. After the half we turned our defence up, with Felix Bell, Cameron Meyers and Mitch Ferronato all started to have a bigger presence in the paint and our on ball defence stepping up with our guards. With Kristian Ferronato’s ability to consistently score throughout the game and both Emett Wise and Ethan Reytomas making big shots from the perimeter we competed really well for the final 3 quarters. Managing to win the second half 38 to 33.

This game we started well and competed consistently throughout. We went to half time up by 1 and were in the game right to the final minute. Kristian Ferronato continues the play well at both ends of the floor, with Hudson Young and Jed Wallace both applying good pressure at the defensive end. This was Nathan Raphael’s best game of the day coming up with stops and also hitting a 3 at a crucial point in the game. The way the boys competed on the glass was a real feature of the game.

After a very successful day of competition for our boys we moved to some fun participating in a group session.

The athletes were placed into 4 different groups, with members of our Eltham team having the opportunity to share a meal with the athletes in there group and spend some time together. Big talking point was ages (our boys are 13 and 14 years of age and most of the other kids are 15 with some being 16) and where our boys are from in Australia.

After the meal some athletes represented their team in a shooting challenge. Athletes were asked to take 6 shots in total from designated spots on the floor. Eltham player Isaiah Stratford was awarded the MVP for the challenge, leading the competition by making 5 of his 6 shots taken.

The coaches were also asked to participate in some activities, firstly being organised into two teams to participate in a short game against each other for fun. As expected there was plenty of slow play, out of breath coaches and a few laughs from the young athletes watching on. The language barrier didn’t seem to impact one of our Eltham coaches as Rachel Wallace demanded the ball on the perimeter and made a nice pull jump shot from the corner. After the game coaches were invited to have a group discussion on how we teach pick and roll actions in our respective countries. The interpreters were working overtime to connect the conversation for all of us.