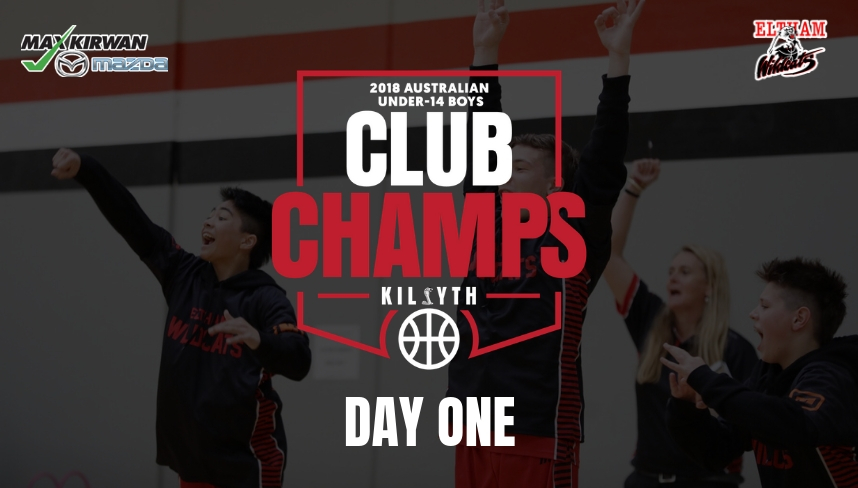 The Wildcats didn’t have to wait long before hitting the court after the opening ceremony taking on North West Tasmania at 10:30am. The pre game message from coach Stratford was to “contest the shooters and contain the dribble penetration” from the smaller Devils outfit. A back and fourth first two quarters saw the Wildcats up 34-20 at the half before an Eltham onslaught would see the Wildcats dominate the third period with full court pressure defence blowing out the lead to 34 points. Eltham would further increase their lead in the final period as a Cameron Meyers three pointer on the buzzer secured a 41 point win.

Eltham came out firing with a 10-2 start forcing the Gunners into an early timeout. Canberra were able to recover and get back into the game with some nifty inside moves and uncontested lay ups. The game proceeded to be a scrappy affair with both teams unable to convert valuable shots. The Wildcats held their nerve and and attacked the basket scoring 28 points alone from the free throw line to secure their second win of the tournament.

Eltham play the undefeated North Adelaide Rockets tomorrow (Tuesday 2nd Oct) at Kilsyth Basketball Stadium. Tip off 2:30pm. Make sure you follow the Eltham Wildcats on Facebook & Instagram for all the live updates.