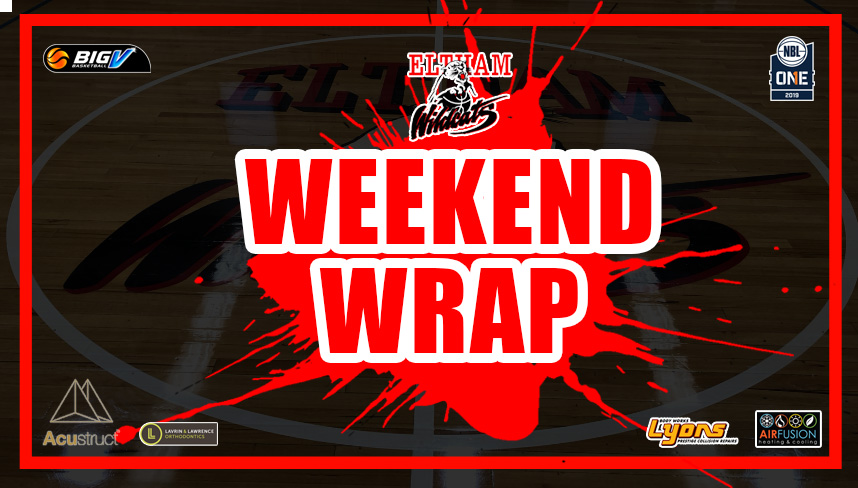 It took the Wildcats 5 minutes to hit the scoreboard with a J. Daoud 3 pointer but from there Eltham would battle back into the contest and even take control in the second quarter going into the half time break up 32-28. The Eagles outplayed Eltham in the third and fourth periods lead by their defence as they forced the Wildcats into 28 turnovers while grabbing 16 steals. Craigieburn also attacked the ring getting to the line 29 times compared to Eltham’s 15.

The Wildcats hit the road on Saturday night to take on the Blues at Frankston Basketball Stadium in front of a ‘Pink’ crowd to support the NBL1 Mother’s Day Round and raise money for Breast Cancer Network Australia. The Blues hit the scoreboard first as with a J. Smith 2 pointer and took a 4 point lead going into quarter time. From there Eltham won the next three quarters and the game dominating the glass (49-37) and getting to the free throw line hitting 19/23.

The Wildcats have given Ballarat their first win of the season at home on Sunday afternoon. A 20-20 opening quarter would see the Rush catch fire behind the red hot 3 point shooting of C. Jenkins and O. Hackman who hit 8 three pointers between them. The Rush outscored the Wildcats 33-18 in the second period which would be the difference in the game. Eltham battled back and got to within 3 points with only a minute remaining in the game but were not able to contain the fast finishing Ballarat who finished the game on a 10-2 run.

The Wildcats went into the halftime break up 47-40 but the Blues showed their class as they outplayed and outscored Eltham in the second half 46-28. The Wildcats are still struggling from behind the three point line shooting a combined 4-17 for the game for 23%.

The task didn’t get much easier on Sunday as the Wildcats hosted the only undefeated team in the league and Championship favourites the Ballarat Miners. Fielding 3 NBL players, 2 American imports and former NBL and Australian Opal Head Coach it was safe to say Eltham were up against it. However, your Wildcats turned up to play as they went toe for toe the whole first half only down 8 going into the main break. Ballarat were too good in the final half but Eltham did not back down, fighting to the end in a very impressive fashion. Waldren, Bradbury and Schaffert were brilliant for the Wildcats.

A very special thank you to Botanical Styling by Liz who supplied all the Mother’s who attended the games on Sunday with a lovely gift.