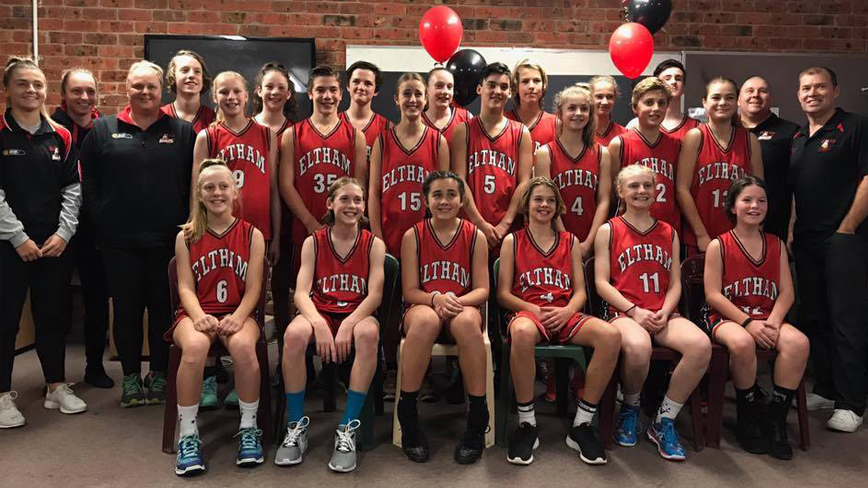 The Wildcats are abuzz following both the Boys and Girls U14 representative teams qualifying for the Australian Club Championships in October.

The journey for both teams began in October as the players first had to trial and be selected for the team. After 9 months worth of trialing and qualification rounds through the State Championship season, the teams were finally offered positions in June by Basketball Victoria.

“Our group last year came extremely close only missing out on shot at nationals at the final hurdle, this year’s group knew that and they were fully committed to getting their chance to represent that Wildcats on the national level” reflected Boys Head Coach Craig Stratford. He went onto say; “The boys are having a great time, training multiple times a week and enjoying their basketball. I think that’s the secret to their success” and this couldn’t ring more true following the boys getting third place at a recent tournament involving clubs from around Australia. “It certainly gives us a good insight into the standard we will face in October.”

With only three Victorian metropolitan boys teams selected, Eltham will be joined at the 24 team event by local rival Bulleen and Hawthorn whilst Dandenong receive automatic entry as the hosts of the national championships.

Likewise U14 Girls Head Coach D’Wayne Hogan couldn’t be happier “It’s certainly a goal at the start of the season when the team is formed, as it is a unique opportunity to represent your club at the national championships. These kids only get one shot at it; at U14’s and I couldn’t be happier for the experience they are going to have.” The Wildcats U14 girls finished the first half of their Victorian Championship season in second and gained qualification from this performance, as one of five Victorian Metropolitan teams. They will be joined by local rivals to the north –Diamond Valley, local rivals to the south –Bulleen and Nunawading. Like the boys, Dandenong will get automatic entry also as host of the event.

The tournament which will begin on October 1st and go for a full week will pit the best teams from around Australia against each other; all held in the 15 court basketball stadium located at Dandenong. Until then, both Eltham teams and the rest of the 53 team representative program at the Wildcats will continue through the Victorian Junior Basketball Leagues season with finals for all divisions to be held in September.

If you are interested in supporting the local boys and girls teams in their preparations for the national championships in October, please feel free to contact Greg Jeffers at the Eltham Wildcats Basketball Club on 9439 5686