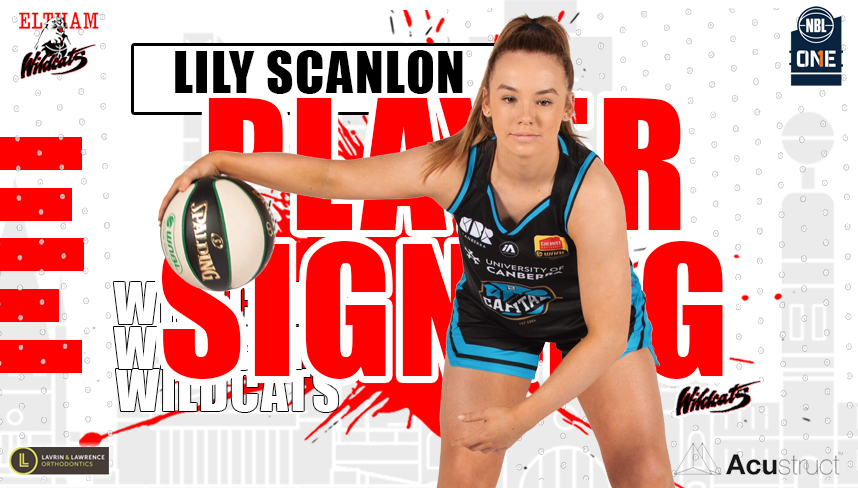 One of Australian basketball’s hottest young prospects has turned to the Eltham Wildcats for the 2020 NBL1 season as she prepares for College basketball at Gonzaga University.

The Eltham Basketball Club is pleased to announce 18yo point guard Lily Scanlon for the 2020 NBL1 season.

Lily recently graduated from the Basketball Australia Centre of Excellence (CoE) and has moved straight into the WNBL, playing in the 2019/20 season for the defending champion Canberra Capitals team, developing under the eyes of Paul Goriss and Kristen Veal.

Lily’s list of accomplishments is long, headed most recently in her selection for Australian junior teams. Lily featured in the 2018 U17 World Cup in Belarus, winning bronze followed by the 2019 U19 World Cup where the team won silver in Bangkok, Thailand.

In October of this year, Lily committed to Gonzaga University where she will begin her collegiate career in mid-late 2020.

Originally from the Sunbury association, before transferring to Bulleen in her early teens, Lily will come to Eltham ready for NBL1, having played for the CoE in the 2019 season where she was the leading scorer averaging 11.1ppg across 14 games in what was an interrupted season for her with national commitments.

Lily Scanlon -“I’m excited to join Eltham for the upcoming NBL1 season. I’m looking forward to playing alongside a talented group of girls and further developing my game in preparation for College. I can’t wait to play against some of the best players in the country and I’m very eager to learn from Grant and his coaching staff. I’m looking forward to being apart of such a great club and can’t wait to get started at Eltham.”

Greg Jeffers CEO of Eltham – “We have worked hard with our local partners to make Eltham an attractive option for players such as Lily wanting to pursue higher levels. Partners such as Eltham Leisure Centre ensure that athletes have access to modern, high level facilities to get the most from themselves. Lily is an exceptional talent and I have no doubt coaches Grant Spencer and Matt Bongetti will help her game before she heads to Gonzaga.