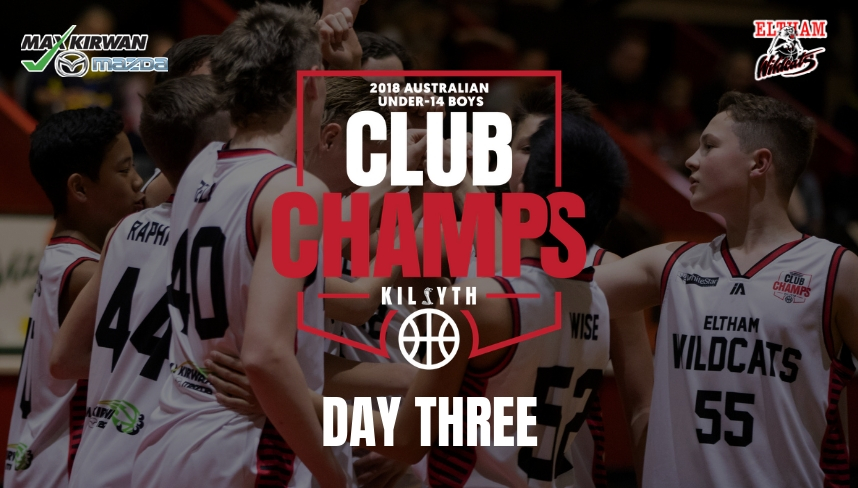 The cow bells from the Newcastle crowd were deafening after an intense first half that saw Newcastle ‘pack’ the paint forcing the Wildcats into shooting from the perimeter. Eltham held a 10 point lead at the start of the third and then their defence lifted. A half court trap forced turnovers and rushed shots by the Hunters allowing the Wildcats transition scores. Eltham showed why they have had the fewest points scored on them in the whole competition only allowing 10 second half points to secure their fourth win of the tournament.

Coach Craig Stratford is extremely pleased with the effort of his bench and the energy they are bringing to every game but still places a major emphasis on rebounding and boxing out the bigger and more athletic teams ahead.

Eltham have capped off a glorious Wednesday by defeating the Townsville Heat in convincing fashion. Kristian Ferronato scored the first 9 points of the game before the Heat could even manage to hit the the scoreboard. Townsville found themselves back in the game in the second quarter cutting the deficit to only 7 points.

The Wildcats switched on the ‘D’ to start the third quarter and suddenly Townsville could not get it past the Wildcats half court press. A 11-0 run took the air out of the building as Eltham would run away with their fifth consecutive win.

Eltham play at 6pm tomorrow night at Kilsyth Basketball Stadium (Court 6), their opponent is yet to be confirmed.