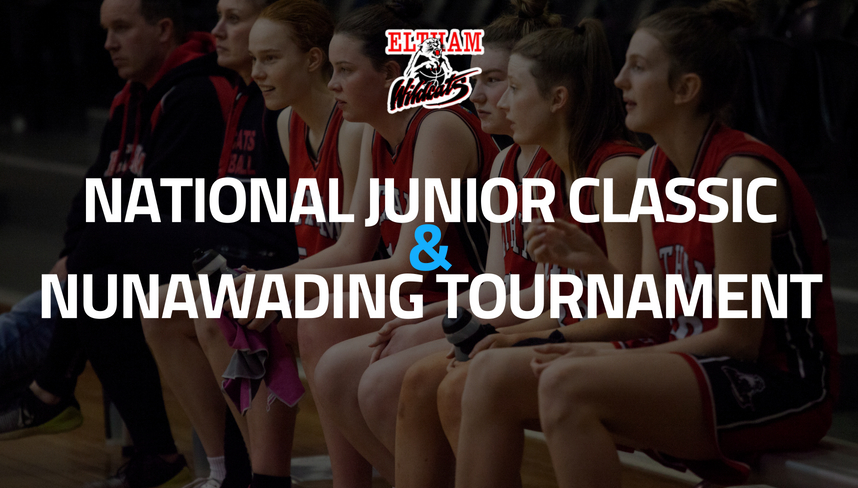 Going into the tournament undefeated on Friday night placed some expectations on the team to perform well over the weekend.  The first game was a very physical battle with Traralgon, the champion Vic Country Team!  We got off to a great start and managed to come away with a comfortable, yet very competitive win.  Game two saw us play Sturt, No. 3 in SA. This game did not go to plan at all, we could not make a shot which saw us behind for much of the first three quarters. We stuck together and ground out a hard fought win. Game 3 on Saturday was a late night contest after a long day against a strong Dandenong team. Fantastic defence throughout the game allowed us to record a strong 20 point win and finish the preliminary rounds undefeated.

Day 2 – Finals day! A quarter final match up vs Hills, No 1 in NSW was a close encounter throughout. We showed signs that we could run away with it, however Hills kept coming back. Ultimately we won the game and secured a spot in the Semi final against Forestville, No. 1 SA team team. The Semi was close for much of the first half, however our defence again caused problems for the opposition and we were able to come away with a comfortable 20 point win

Day 3 Gold Medal Game – Wow watch a game, this was close throughout. We had our noses in front for most of the game. Keilor got the lead late in the third. We remained calm and poised, uped the ante in defence to regain the lead. Keilor made one last run at us and tied the game which resulted in the game going into overtime. The game winning shot just didn’t quite go down. We controlled the tempo in OT, and came away with a 3 point victory.

The girls were tremendous over the weekend. We had a number of physical encounters, however our consistency, persistence and poise was a key factor to our success. The depth of our team is a real asset and with all 10 contributing allowed us to get through the tournament is great shape. We continued to get better over the weekend. I am so proud of the girls and it is a privilege to coach such an amazing group of individuals.

Our group headed into the Classic weekend with a high level of excitement. We had the combination of 3 of our boys about to experience their first ever National Junior Classic tournament and the other 7 all keen to have the opportunity to one again test themselves against some of the best talent in their age group from across SA, VIC and NSW. We progressed well through our 3 pool games with strong performances in each game, this set us up for 2 big games across Sunday afternoon and evening to earn a spot in the final on Monday. Our coaching staff and families were extremely proud of the contributions that all of the boys were able to make across the 5 games to secure a spot in the final. With only 1 team member having had experienced an NJC grand final before we made sure the emphasis for the team was on enjoying a very special moment in their junior sporting careers. The boys were encouraged to soak up moment and to give it their best.

As a coaching staff we could not be more pleased of the way the boys played in the final, clearly demonstrating to their families and a vocal group of Eltham supporters all the elements of our tournament theme of EFFORT – ATTITUDE – TEAMMATE  throughout the full 40 minutes. Coming away with the Under 14 NJC title. Go Wildcats!

Girls played some great basketball over the weekend as a team we had a goal to make top 8 and we were able to do that very happy with that result.

Had Forestville in our pool rounds that was a hard game they are a very well coached side and had some very good kids to only go down by 12 was not that bad. Hawthorn in the quarter-finals was also a great game we were very good early and then they come back the last 1/4 was basket for basket but in the end they edged us out by 5. Couldn’t be more happy with the way the girls played over the weekend.

The Under 16 Boys had a difficult and disappointing tournament, particularly in terms of wins and losses. However there is always things to learn from these experiences and the boys still enjoyed competing at the highest level and playing with their mates. The team continued to play hard, physical basketball regardless of the result in the previous game, and had 4 losses that were decided by a single digit margin. The evenness of the competition in this age group is both a blessing and a curse, in that every game is winnable but nothing comes easy if you aren’t playing at your absolute peak. None of the top 4 teams in our original pool from VC made the top 8, showing how tough the tournament was. The team will continue to develop using the tournament as motivation for the next 9 rounds of VC. They did a fantastic job qualifying and are a group of motivated and persistent boys, we look forward to seeing what is possible for the rest of the season.

Congratulation to all of the below teams who participated in the tournament.

16-2 – Runners Up vs Melbourne Tigers