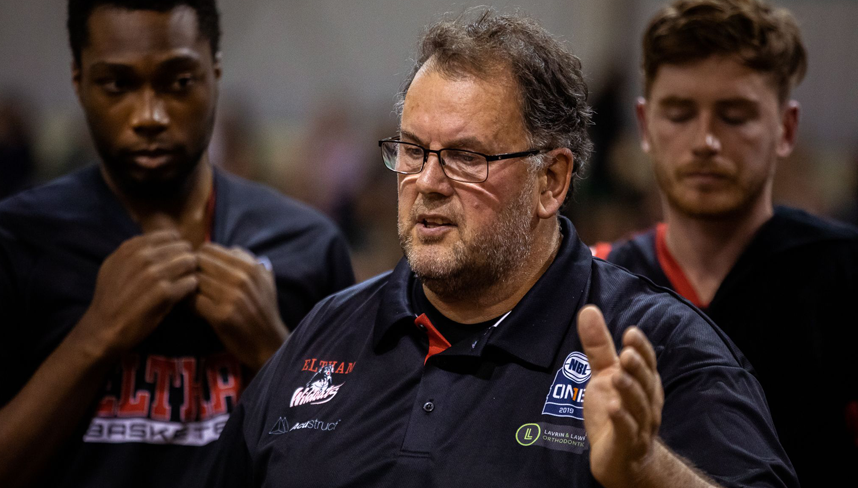 The Eltham Wildcats will begin the search for a new head coach, with Trevor Lee announcing that he will be moving on from his role with the NBL1 Men’s team.

Widely recognised as a highly regarded coach in basketball circles, Lee and Eltham came together ahead of the 2014 State Championship Men’s season, taking the lead role on a team that finished bottom of the ladder in 2013. Trevor Lee was appointed having led Diamond Valley through a dominant era in Victorian Youth Championship Men and as Head Coach of Victoria for multiple U20 National Championship titles. Eltham needed someone willing to restart a program, Lee was looking for an opportunity to do just that and so began a successful regeneration of the Eltham Wildcats Men’s team, one of which included Lee winning his sixth Big V ‘Coach of the Year’ awards.

Gradually Lee built his team, initially around the experience of club legend John Lister and Kristian Williams, alongside younger players looking to prove themselves. Over the years, the likes of Justin Aver, Ben Waldren andSimon Bradbury joined the team, all looking to show they were more than capable at the level and they did exactly that. The team gradually improved season on season and rose to being a genuine finals team, culminating in finishing Runners-Up in 2018. This sustainable and strategic approach and performance amongst other factors gave reason for the Eltham Wildcats to be granted a license into the inaugural NBL1 season.

“Trev has been an incredibly valuable coach for this program. We gave him an almost blank canvas in 2014, but our vision and his goals aligned. Whilst we never achieved that elusive Championship title, it does not and should not detract from what has been a fantastic journey. Those first five years in particular working our way up the State Championship ladder was special. Trevor has made great steps in NBL1 for the Club and has laid the foundation for us to move forward. We’re very thankful for his years of service.” Eltham Wildcats CEO Greg Jeffers said.

“I love my guys and what they did over the years. The Assistant Coaches Steve Smith, Chris Helliger and the terrific Heather Douglas (Team Manager) and Brett Cole (Chiropractor/Trainer) have all been like family and we’ve achieved a lot together, from where we started. I am leaving the Eltham program in a better place than when I started and that’s something I am comfortable with. My best of wishes to the Eltham Wildcats, we achieved some great things together. When I took the job, my aim was to change the culture and create something positive that everyone involved could be proud of and I believe we accomplished that.” Said Trevor Lee.

The Eltham Wildcats will undertake a process of appointing a new Head Coach for NBL1 Men immediately.