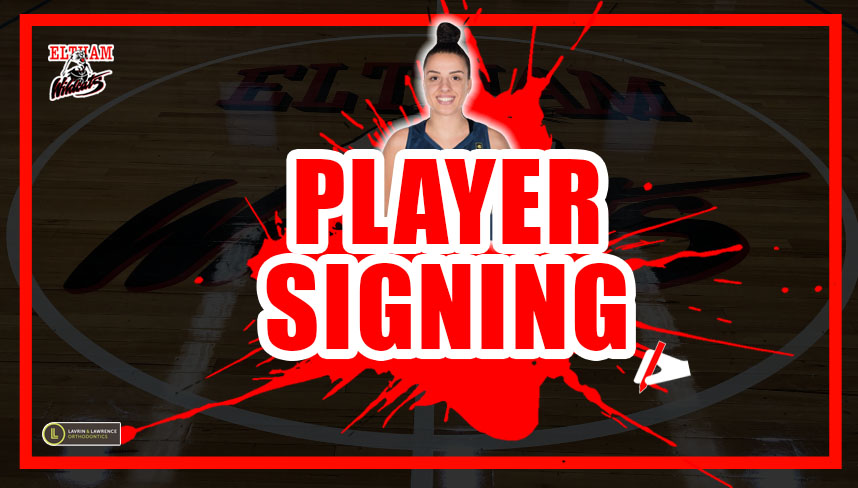 We are thrilled to announce the signing of Vanessa Panousis to the Senior Women’s team ahead of the new Elite League Season.

In 2017/18 she played with the Adelaide Lightning in the WNBL before heading to her home state of NSW to play with the Sydney Uni Flames where she averaged 4.9 points and 1.5 assists per game.

Coach Grant Spencer believes the signing is the cornerstone to a successful season.

“I am thrilled to have Vanessa in an Eltham uniform for 2019. She is a known commodity in this league and that is important when building a new team. She is a hard worker, great team mate and a very good basketball brain. She had an outstanding WNBL season with Sydney Flames and I’m looking forward to her continuing that form.”

Panousis will join the team in mid-March bringing with her leadership, toughness and an abundance of key attributes on and off the court.

“I’m really excited about the opportunity to play for Eltham which is such a prestigious and successful club. I can’t wait to go to war with both my teammates and coaches as well as the fans and club as a whole.”

“The New League will be fantastic to be a part of with the amount of high talent and competitiveness that each team has. Go Wildcats!”

You can see Vanessa and the Wildcats when the new Elite League tips off in late March. Purchase your Senior Elite League Wildcat Memberships now by clicking here.