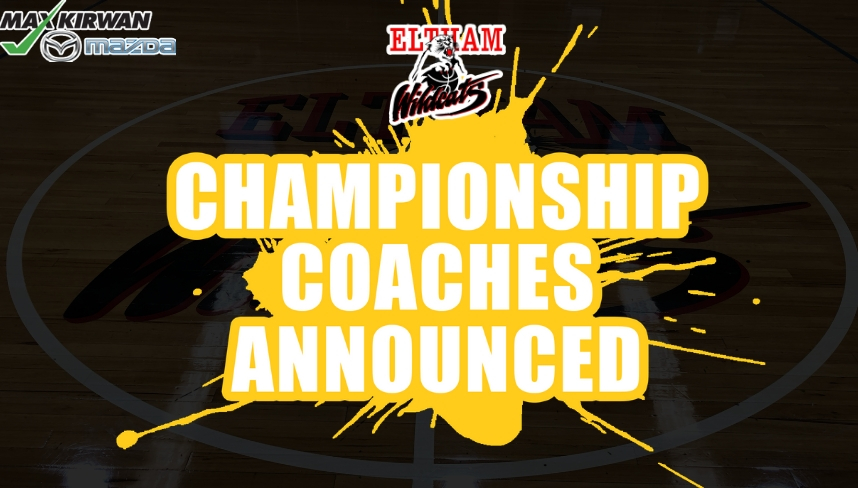 The Eltham Wildcats Basketball Club is pleased to announce the coaching squad for the 2018/19 Victorian Junior Leagues seasons. As the 2017 Basketball Victoria ‘Junior Program of the Year’, the Wildcats have a proven record in development of not only players, but coaches also; with a high percentage of our coaching team having been developed from within our basketball programs. In recent years we have been building a team of coaches that has been developing under the leadership of Director’s of Coaching Chris Cameron (Boys) and Ben Cukier (Girls) and whilst that task is never complete, we believe we are gradually fielding a stronger coaching lineup year after year for our Wildcat juniors. The proof of this can be seen in many ways, the most obvious of those being the results of the program from domestic through to the senior program.

A large focus for the Wildcats has been engaging female players back within coaching. Some examples of this has been coach education in the form of being an Assistant Coaches, such as Maddi Lee working with Carly Stones in 2018 and Emma Bourke assisting to the state championship winning U12 girls, with these sorts or coaches then gaining the experience to take on their own teams in 2018/19 season. Further example of the work to improving and developing our coaches is demonstrated by a couple of our 2018 coaches including Lana Harris and Brie Mountford, keen to further their education by being Assistant Coaches in 2019 with ambitions of taking their own teams again into the future. However, we manage a similar structure for our male coaches also, with examples such as Jhye Burton, Sean Clarke, Ben Nethercote & Tom O’Connor.

Unlike other associations though is the dedication coaches of our Championship programs show to domestic basketball particularly with Eltham, but a few pleasingly staying at their home clubs within the EDJBA, focusing on developing the next group of players that will look to the Championship program in the future. Examples of this are most obvious at the domestic U9 level, where coaches in these age groups have included Greg Jeffers, Chris Cameron, Carly Stones, Craig Stratford, Leighton Lewis, Connor Matthews, Justin Wyncoll, Lana Harris (Banyule Hawks), Breanna Hogan, Paula Hogan, Rachel Wallace, Tom O’Connor and Frank Drmic amongst our leading coaches, getting involved at the U8 and U9 level developing our youngest of players, helping guide them towards the championship levels and having the kids fall in love with our sport.

Congratulations and thank you to our coaches whom are dedicating themselves to junior basketballers for the next 12 months. We are proudly amongst the leading clubs/associations in Australia for junior basketball and our coaching team plays a large part in that.