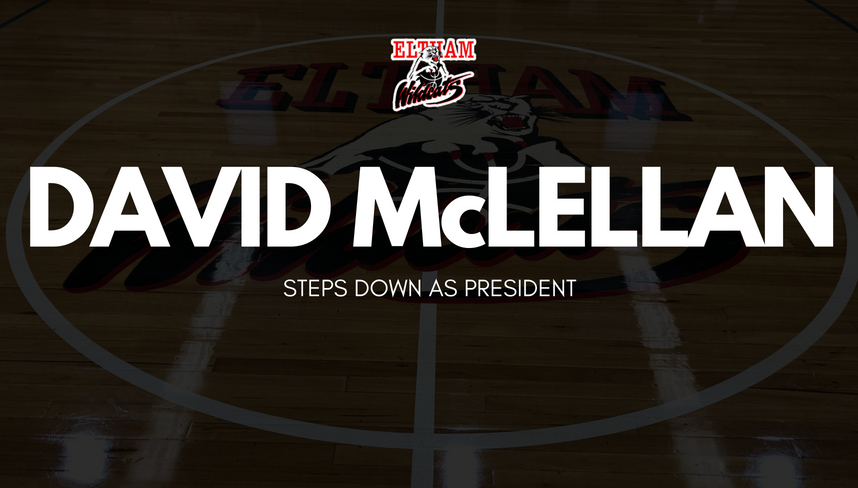 It is with sadness that the Eltham Wildcats Basketball Club shares the news that David McLellan has announced that he will step down as President of the club following an 8-year tenure, effective as of the Annual General Meeting on Monday 28th May, 2018.

David started with the club, just a regular Dad when his children took up the sport. During these early years he took on many Team Manager duties for many junior teams. David also took on Venue Supervision for our Tournament, specifically at Templestowe Leisure Centre for approximately 6 years. David had 4 years of active involvement on the club’s senior program committee, from which he took a place on the General Committee, eventually being put on the Executive.

In April 2010, then President Jon Van Noorden announced he was stepping aside as President and David McLellan accepted the role at the 2010 AGM. Ever since that time, David has used his business background to help the team behind the scenes, drive the club forward into a strong not for profit business operation.
During his time as President, several large achievements have taken place:

– Growth of the Eltham-Dandenong Tournament from approximately 900 teams to 1,250 teams; thelargest of its kind in the world

David has committed an untold number of hours ensuring the Eltham Wildcats remains at the forefront not just of junior basketball, but of the wider community in providing opportunity for people to pursue their goals. The Eltham Wildcats Basketball Club would like to thank David for his time and effort, but also his wife Jenny, his now adult children Joel, Josh, Jessica and Sarah and his grandchildren for the sacrifices they’ve made, so that David could volunteer and leave the impression he has on the club.

On Saturday night (24th May) the club in line with our ‘Volunteer Week’ celebrations will thank David for his services as part of the club’s Senior Program double header at Eltham High School during the Senior Men’s match at 8pm.

The President position along with other vacancies are open for nomination ahead of the Annual General Meeting on Monday May 28th. Nominations forms are available on our website and can be sent to anthealc@gmail.com and are due by Monday May 21st.