Home / Positive Talk, High Fives & How We Speak To Referees are Keys To Youth Men’s Success 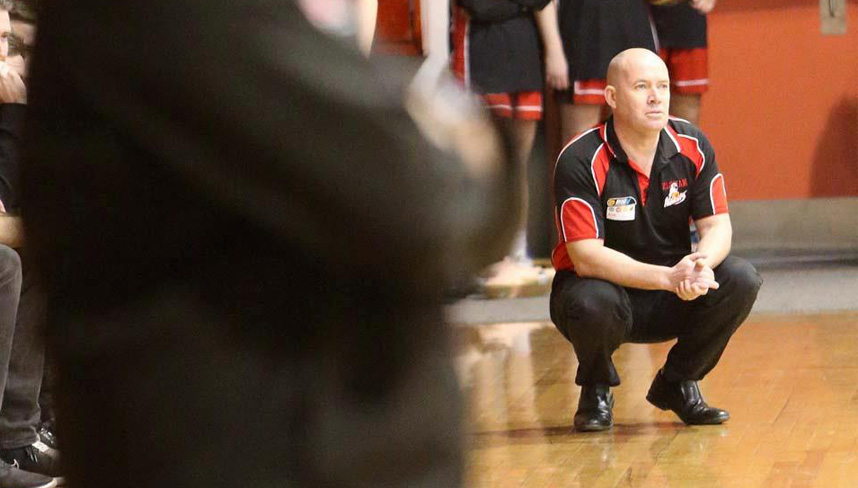 Positive Talk, High Fives & How We Speak To Referees are Keys To Youth Men’s Success

There is a steady calm and quiet confidence in his voice. The conversation transitions immediately from a game of basketball to how he can better those around him. This isn’t new to the Wildcats community and those who have conversed with him. He knows the task ahead is not easy and the expectations are great.

It’s the day before the Victorian Youth Championship Men’s Preliminary Final against the Melbourne Tigers and Coach Craig Stratford and his team have never been more ready.

Two months later the 2018 VYCM Coach of The Year stepped down to make way for a coach who had outstanding success in the Eltham Wildcats Junior Program and Basketball Victoria’s High-Performance Program.

“His [Stratford] influence has been well recognised by players and coaches a far. We knew our Youth Championship Men were a talented group that needed a high-quality basketball coach, but more importantly someone who could manage young men.

“We strongly believe in pathways and opportunities from within and Craig is an example of that; someone who has developed his talent in our Junior Domestic, VJBL and was given an opportunity to learn in the Senior team and was then ready to lead at the Youth Championship level,” said Jeffers.

The Thursday night training before a knockout final was not your normal session, it consisted of watching tape but unlike most the focus was heavily on what the Wildcats need to do to be successful not on the opposition.

“We showed clips that reflect our brand and our style of play,” Stratford said.

The focus on ‘key measures’ and ‘improvement’ week in and week out has been key to the Eltham Wildcats 2019 success with a league best 19-3 record that includes the best defence in the competition only allowing 66.1ppg.

“Positive talk, high fives and how we speak to referees are just some on court measures we track.”

All season long Eltham have set the benchmark and played with a focus and determination that only comes from learning and growing from losing. The chip on the shoulder is deep but that doesn’t make the task any easier when they face the 2nd place Melbourne Tigers in a knockout game on Saturday night.

The Tigers are coached by arguably the best Australian Basketballer that has ever lived in Andrew Gaze and accounted for the Ringwood Hawks last week in their Elimination Final by 8 points.

“The Tigers move the ball really well and have a couple of the most dangerous shooters in the VYCM competition in Jakob Cornellisen and Mason Gaze.

“They will bring confidence into our match up after beating quality opposition in Knox and Ringwood in their past two outings,” said Stratford.

A huge game with bigger ramifications is coming and a determined group is ready to take on the challenge. An enthusiastic Tigers coach will grab your attention at one end but look in the opposite direction where you will see a patient, calm and inspiring figure ready to lead his group through the ups and downs of the game we love, basketball.